Growing up, I remember talking to my mom about how much the metro area has changed over the years. She grew up in Los Lunas, her mother in Tome. My mom would often tell me how the intersection of Highway 314 and 6 used to be a yellow light that would blink because of how little traffic there was. Today, that same intersection has multiple lights and hundreds of cars pass through each day.

I remember Los Lunas as an empty mesa; but now the city is full of new development which has undeniably brought new challenges as well as opportunities to my community. My town’s most recent addition- Facebook’s Data Center- is an example of this. Facebook’s center will certainly bring much needed jobs and revenue to the area, but their expansion into my hometown also put a spotlight on something that is rarely discussed: our infrastructure is at its capacity.

In particular, our energy infrastructure (A.K.A “the grid”) needs a complete overhaul. The Public Service Company of New Mexico (PNM) has conducted studies showing that our current transmission line infrastructure is nearing its capacity; in fact, one of our lines built in 1985 already reached capacity, prompting PNM to construct a new line running parallel to the existing one. The new line is part of a project called BB2.1

Because BB2 is necessary to power Facebook’s Data Center, the line will be built with financial assistance from Facebook. In turn, the transmission line will carry renewable energy from New Mexican wind farms to the Center.2 This is a huge step in a major energy consumer using renewable energy and leading a pathway into others doing so as well.

Facebook is leading the way in supporting renewable energy. Their Center will be powered by 100% renewables and will enable the creation of local jobs ranging from electrical jobs to retail jobs in multiple counties including Valencia.3 Our state desperately needs these infrastructural investments, even if they do not put energy directly into our homes.4 BB2 will not only take some of the strain off our existing infrastructure, it will help build our local economy and give residents in my community good-paying jobs.

I hope that all of us can come together to support opportunities like these that benefit our state as a whole. I encourage you to take a moment to sign our petition to support renewable energy projects around the state today! 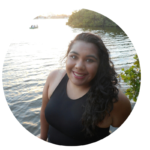